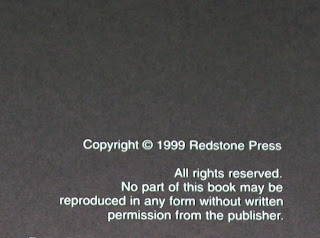 So who or what is this CCIA? The list of members includes Google, Oracle, Microsoft, Sun, Fujitsu, Intuit, and many others. I admit that confuses me -- these are not the organizations that I would expect to engage in a campaign of this nature. The web site claims that the organization has existed for three decades, and it appears to be primarily a lobbying organization for "policy and legislation" on Capitol Hill. That part makes sense, but I'm baffled by their campaign for public rights. If they are trustworthy in this endeavor, I would like to see them prevail. But there's that "if" that nags at me.
Posted by Karen Coyle at 5:10 PM

Hilariously enough, your example of a FBI warning screen parody has been removed from You Tube due to a “terms of use” violation. Funny, I’m pretty sure that the Supreme Court ruled that a parody was an original work and therefore protected……

CCIA has been around for a long time (I would certainly believe three decades) and has pretty consistently been on the balanced-copyright side. So I don't see this lawsuit as some strange feint; it's fairly consistent with their stances over the past few years.

Hilarious as in "laugh til you cry?" Wow.

Here is a recent article on just this problem: "Copyfraud," New York University Law Review (2006), available for (free) download at http://ssrn.com/abstract=787244. It discusses lots of examples of the problem and proposes solutions.