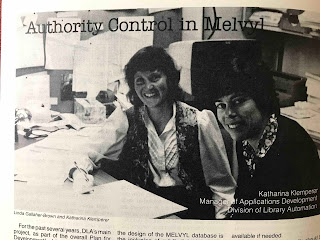 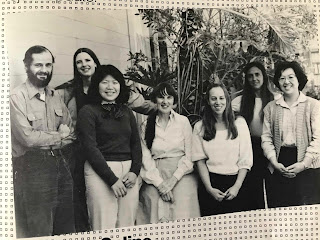 While outright discrimination and harassment of women are issues that need to be addressed, the invisibility of women in the eyes of their colleagues and institutions is horribly damaging. There are many interesting projects, not the least the Wikipedia Women in Red, that aim to show that there is no lack of accomplished women in the world, it's the acknowledgment of their accomplishments that falls short. In the library profession we have many women whose stories are worth telling. Please, let's make sure that future generations know that they have foremothers to look to for inspiration.
Posted by Karen Coyle at 9:47 AM 1 comment: