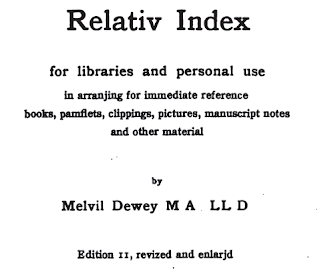 Of course the other question now is: how many of today's tracts and treatises will survive if they are not published in book form?
Posted by Karen Coyle at 1:15 PM No comments: